The Group traces its beginning as a sole proprietorship in 1975, when Mr. Mohamed Salleh Marican started a men’s tailoring business, which failed 4 months later. Restarting the same business five months on, he aptly named it Second Chance. It succeeded and within two years he had three outlets. Always dreaming of making it big, he realised the need to venture into other businesses.

In 1978, Mr. Salleh diversified into men’s ready-to-wear clothing under the brand name of Second Chance and by 1988 had twenty-five stores in Singapore and Malaysia. His biggest challenge came the following year when suddenly sales tumbled and many outlets became unprofitable. After understanding the causes and realising that the situation was insurmountable, Salleh made the painful decision to close all the stores. By 1992, the chain was down to four stores when he opened First Lady, a boutique retailing Malay ladies traditional clothing. The resounding success of First Lady let him to venture into retailing gold jewellery under the name of Golden Chance.

In 1997, Second Chance Enterprises was listed on SESDAQ, the second board of the Stock Exchange of Singapore. The Asian Financial Crisis of 1997 gave the Group an opportunity when property prices fell. The Group began purchasing prime retail properties at good value and the Company’s name was changed to Second Chance Properties to reflect its serious intention of making property its main core activity.

In March 2004, the Company was transferred to the Main Board of SGX. Today, rental income is the top contributor to Group’s profits. Mr Salleh believes his success is due to the backing of a strong team and the Group’s ability to overcome setbacks by making the right decisions that led the Company to bounce back to higher levels of success.

Our Board Of Directors

Attended Victoria School Singapore 1962-1967
Drop out before “A” level Examination
1968-1971: served 3 years National Service and
left with rank of Lieutenant.

Board Committee(s) served on:Nominating Committee (Member)
(Stepped down on 12 November 2014)

Other Principal Directorships:
Temasek Cares CLG Limited since 25 May 2009
19 Wholly Owned Subsidiaries of the Group

Major Appointments (other than Directorships):
Nil

Past Directorships held over the preceding 5 years:
(01 September 2009 to 31 August 2015)
Nil
Others:
1988 – Inaugural Malay Businessmen Award, jointly
organised by the Singapore Malay Chamber of
Commerce and Berita Harian

Board Committee(s) served on:
Nil

Other Principal Directorships:
19 Wholly owned Subsidiaries of the Group

Major Appointments (Other than Directorship):
Nil

Board Committee(s) served on:
Nil

Date of first appointment as an Independent
Non-Executive Director : 20 December 1996

Date of last re-election as an Independent
Non-Executive Director : 31 October 2011

Mrs. Geetha has been with the Group since April 2003. She worked with the Group as Finance Manager from April 2003 to 30 June 2006 and then from April 2007 to Jan 2012. Prior to joining the Group, she had 3 years of accounting and auditing experience with a firm of Chartered Accountants affiliated to Deloitte & Touche Tohmatsu. She also worked as a part-time lecturer in a private Business School and as a systems consultant for ERP software of Microsoft for a brief period of time.

Date of first appointment as an Independent
Non-Executive Director : 01 March 2012

Date of last re-election as an Independent
Non-Executive Director : 17 December 2012

Length of service as Independent Non-Executive Director as at 31 August 2015: 3 years 6 months

Major Appointments (Other than Directorship):
Nil

Date of first appointment as an Independent
Non-Executive Director : 29 November 2002

Date of last re-election as an Independent
Non-Executive Director : 22 October 2012

Others:
Accredited Mediator of the Consumer Association
of Singapore (CASE)
Mediation Panel 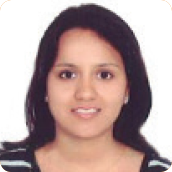 Ms. Reema is a qualified Chartered Accountant (CA) and has worked with Chaturvedi & Shah, a leading audit and tax firm based in India, as an Assistant Tax Manager. She has also worked with different private firms in Singapore as a Finance Manager, managing their accounts and financial matters. She was part of the Group from 2012 – 2014 as our Finance Manager. In early 2015, she left the Group to set-up her own Consultancy & Accountancy Firm, ARIKA CONSULTING. She re-joined the group in August 2015 as Finance Advisor and currently is responsible for the financial accounting, management reporting, statutory audit, tax related matters and secretarial work of the Group. 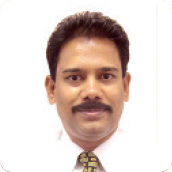 Mr.Raj has been with the group since 01 October 1995. Prior to joining the Group, he had 10 years of experience in accounts and auditing with an Audit Firm and Taj Group of Hotels (TATA Group). He is responsible for financial management, accounting functions of the Group. Mr.Raj also supports the Board in their strategic decision making process as well as the Group’s Corporate Financial and Risk Management and also responsible to maintain the portfolio of Group’s investment in Financial Instruments. In addition, he also assists in the general administration of the Group. 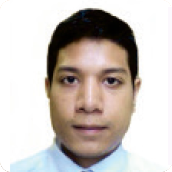 Mr. Amal Marican joined the Group on 15 September 2008. Prior to that, he has been continually exposed to the retail trade within the Group for 8 years. He is assisting the CEO in the general management and operations of First Lady Malaysia. His other responsibilities include Purchasing and Advertisements and Promotions. 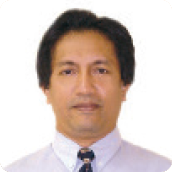 Mr. Safie Hussain has been with the Group since 1980. He started out in the Group as a sales staff. Between 1984 and 1989, he was one of the franchisee of 2nd Chance Men’s Store. He is now responsible for ensuring that the stores are run in accordance with the Group’s operational procedures and computerisation system. His new responsibility is to oversee the First Lady stores in Johor Bahru, Malaysia. 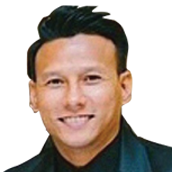 Mr. Azlan Shafie joined the Group since 2000. He started out in the Group as Assistant Manager in Golden Chance. From September 2002 to July 2010, he joined First Lady Apparels (M) Sdn Bhd in Malaysia as the Executive Director. He assisted the CEO in the general management of the First Lady operations of the Group. His other responsibilities include Purchasing, Advertising and Promotions. Due to personal reasons, he left the company in August 2010 but re-joined the Group in October 2011. He is now a Management Executive in Singapore and his responsibilities include the general Purchasing, Advertising and Promotions for the Group and also assisting the CEO in the general management of the business.

We Value What We Believe In

We merge brain with brawn, modern with classic, and capital with insight to steer our Group through good times and uncertain period. We focus our strengths and overcome our weaknesses and build our resources towards new horizons of opportunities. Opportunities that will echo our values, our beliefs, our culture and convert these into profitable causes for the Group as well as beneficial impact on our surroundings and society as a whole.

As part of each and every one’s efforts in the Group to be a good corporate citizen, we believe in giving back to society what we have gained. We will endeavour to spend at least 1% of our Group’s net profit of the preceding year on Corporate Social Responsibility (CSR) programmes. We shall strive to ensure that our resources are channelled to efforts or programmes we can all be proud of.

We draw on our strong foundation of resources and operational competencies to compete on prudent cost measures, equipped with wise investment strategies at the knock of lucrative opportunities that will come our way. Our Group is ever striving to consolidate its assets and capabilities to capitalise on the latest market trends and business prospects that will help push our Group forward with minimal risks towards more growth and profitability.

Integrity and honesty are key ingredients to good corporate governance for our Group. We have introduced many schemes and practices over the years to ensure high standard of corporate governance. A Casino Self-Exclusion Policy that is mandated for all executive directors and key management personnel and a well-received Whistle Blower Policy for all (from top management to the staffs on the retail floor) provided strong deterrence to any potential breakdown in our pursuit for governance excellence. The Fraud Prevention Framework, led by the CEO, is a continuous process where we identify, discuss and create application policies to counter any potential fraud risks that may affect our Group’s reputation, financial and governance standings.

We are always identifying potential opportunities for the Group. We have plans to launch an online ecommerce portal selling apparels and accessories. The apparel business has been our pioneer core unit for the last 40 years and we can amplify and augment our decades of know-how and experiences by positioning ourselves as an established online retailer to reach more potential customers.

The operational Mega First Lady in KL, Malaysia, has proven to be an exciting opportunity for the Group to study the potential of having multiple mega buildings in the Peninsula, with fresh business models – while closing down small marginally profitable outlets.

A Glimpse At Our Portfolio

We feel the future pulsating for more growth with key planning in our businesses to consolidate our strengths and resources as we remain poised in challenging times.

Property investment is a cyclical business and we are taking an opportunistic approach to it. We believe that the property cycle has reached its peak and forecasting that it will slide off the curve. We plan to put on hold our expansion in the current property mood and shall move in again when opportunity arises or when we believe the time is right.

The company and one of its subsidiaries invest in stocks, mainly REITS for the long term. Through another subsidiary, we trade in bonds and stocks. This segment recorded a profit of S$2.27 million in FY 2015 with contribution of revenue amounting to S$5.21 million.

We believe that bigger and more sophisticated specialty retail stores would be the way to go in the future. A newly acquired 10-storey building in a prime area in Kuala Lumpur was turned into our maiden Mega First Lady. With plans to have more specialty retail stores in Malaysia and the region, we will be able to improve our economies of scale and operative grip for our retail sector.

Our sole gold retail outlet in Singapore contributed over S$15 million in revenue for FY 2015. The future outlook for retailing in gold might not be as profitable as the past, however, we continue to dominate the Malay market in Singapore amidst the trend fluctuations of consumer gold purchases.

As part of the Company’s continuous effort to ensure that good corporate governance practices are being adopted, the Company has also implemented a “Whistleblower” Policy to provide an avenue for employees, suppliers, tenants and customers to voice their grievances or concerns about any malpractices involving the Company without any fear or repercussions. More so, the Company has even implemented a strong deterrent by offering a cash reward to any person whether employees, suppliers, business associates or the general public who provides specific, reliable and credible information or evidence of fraudulent activities by any of the Company’s Executive Director and Management Team as listed in the Company’s Annual Report ($50,000 cash reward) and all other employees (up to $2,000 cash reward) which leads to admission of guilt by the accused or leads to successful prosecution.

Second Chance Properties Ltd requires its directors, managers and employees to observe high standards of business and personal ethics in the conduct of their duties and responsibilities. We must practice honesty and integrity in fulfilling our responsibilities and comply with all applicable laws and regulations. We believe that people are generally honest and ethical in their business dealings. Being a public listed company, we are obliged to ensure that this is practiced within the organization. We are obliged under status of a Public Listed Company to file charges, in the event anyone tries to bribe any of our employees to secure business with the Company.

We Value Your Feedback